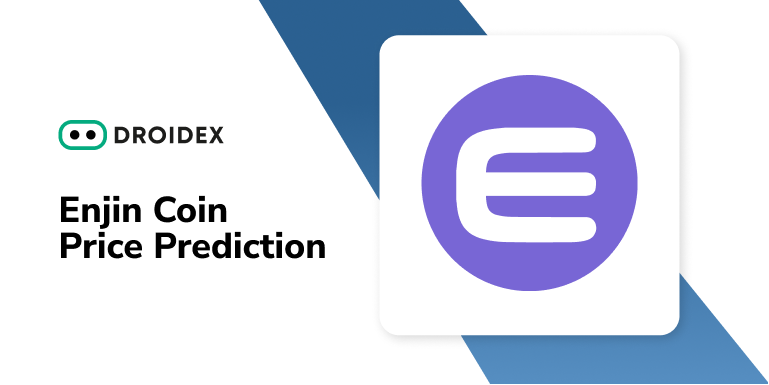 Enjin is a token that is integrated in the blockchain project ecosystem with the same name. The Enjin gaming platform is in demand among gamers because of its unique and innovative capabilities. Due to this, the demand for the token ecosystem is constantly growing.

We have analyzed the main factors for the development of this project and predicted the value of the token until 2030. Read this article to find out more about the details.

ENJ is the token of the Enjin gaming platform, launched in 2009. Initially, the project was not based on blockchain, but later, its developers considered all the innovations of cryptographic encryption. This allowed 2017 to fully relaunch the project on blockchain and integrate it into the crypto community.

The perspective of its main project shapes the value of a token. In this case, it is the Enjin platform. This project is designed for gamers who create their games in the ecosystem, implement NFT items, and share them. The project ecosystem is fully integrated with cryptocurrencies, so a crypto wallet is required to participate. Active project participants earn from the created NFT and in-game items sold for cryptocurrency. The game project will expand functionality and introduce new features in the future. For example, crypto-fiat exchange, structure for creating decentralized applications, etc.

ENJ is a token that is the official payment method within the platform’s ecosystem, with 20 million users.

Characteristics of the token:

This coin has a limited issue of 1 billion. At the moment, almost 90% of all tokens are in circulation. However, the issuance will soon reach its maximum, creating increased demand and limited supply on the exchange. Moreover, it is the main precursor of asset price growth in the future. Therefore, we recommend analyzing market capitalization, supply and demand balance, and the volume of emissions in our forecasts.

At its peak, ENJ reached $4. However, the token is now in a state of correction. Nevertheless, the price may rise to previous values again soon — more on that in our forecasts below.

Is Enjin worth investing in?

You should invest in ENJ. Now is the best time, as the price is going down amid a general correction of the cryptocurrency market. However, this cycle will end soon, as predicted by experts, and the value of Bitcoin and altcoins will rise again.

These factors contribute to the optimistic prediction about the growth of the token price in the future.

The ENJ token is currently priced at $1.26 and has a market capitalization of about $1 billion, according to CoinMarketCap. However, the price of Enjin coins has been falling lately. This is due to the global bearish trend on the cryptocurrency market. Nevertheless, experts believe that the value of ENJ will start to rise after the market stabilizes and the trend changes. Probably, in 2022 the price of a token can reach $1.5.

Crypto investors are positive about the long-term prospects of the Enjin coin. According to an optimistic forecast, the token’s value will rise to $6.8 by 2025. However, the value will rise much weaker in a worst-case scenario, to $3-4.

How to exchange Enjin using Droidex

Droidex is a smart aggregator with the ability to instantly exchange different cryptocurrency pairs at the most favorable exchange rate. Moreover, you can get ENJ for any other cryptocurrency in a few clicks.

That’s it! You can be sure that you made a safe exchange at the best rates.

The real value of the Enjin gaming platform and its token will grow. As you know, the gaming community is very active. Therefore, in the next few years, the token’s value may grow several times. It is in a correction at this stage, just like the whole cryptocurrency market in general. However, this is a great opportunity for investors and keen crypto-enthusiasts to buy a promising innovative token at a lower cost.