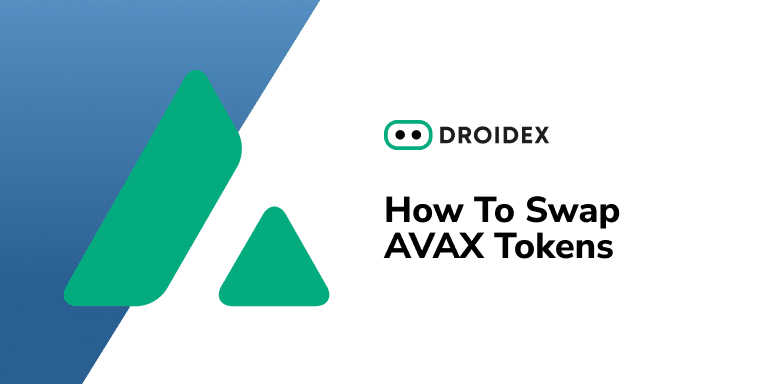 Nowadays, Avalanche DeFi exchange is considered one of the most fast-paced and reliable platforms among the existing competitors. That’s why more and more crypto users choose precisely this place to make an AVAX exchange.

However, it might be a bit challenging for those who do this for the first time. We’re glad to say that our guide will provide you with all the necessary information: what are the features of the platform, how to swap AVAX, and why is it worth choosing Avalanche, as well as tell in details about exchanges on Avalanche right now. So let’s get started!

Before moving to the main question – how to make an Avalanche swap DEX, as well as bringing up the subject of AVAX swap token in general, let’s deal with the following: what is actually Avalanche?

Avalanche decentralized exchange is one of the fastest smart contract platforms with its own cryptocurrency (AVAX), which gains popularity with each passing day. It allows up to 4,500 transactions per second.

Avalanche crypto exchange was created to work with DeFi applications, trade assets in the market, and meet other several critical challenges. It’s used to exchange assets with the ability to trade and control them using smart contracts and other systems. The Avalanche creators say they’ve released a product that enables a transaction in less than one second.

The main goal of such a platform is to eliminate the complexities of the virtual coin market due to different regulatory and geographical approaches. The developers have set the object of combining different elements of financial markets with the ability to remove restrictions and conduct transactions with cryptocurrencies.

Ethereum acts as a competitor, but Avalanche exchange has a wider range of tools to remove existing restrictions in the crypto world. In addition, the project is based on the PoS algorithm, while Ethereum is still in the transition phase (planned for 2022).

When a new cryptocurrency appears, there is always a logical question, what are the features of this project compared to thousands of already existing virtual coins. The main peculiarity of Avalanche (AVAX) is that it provides fast trading of assets for everyone. Developers get the opportunity to create/issue different objects, ranging from the usual blockchain to a digital variation of different kinds of assets. The AVAX token is used to pay within the platform and to collect commission on transactions.

Experts call the main feature a consensus protocol that provides security, excellent scalability, and decentralization of the network. With stable funding in the future, the project can overtake many competitors and even reach the top of Bitcoin or Ethereum.

Unlike several competitors with limited capabilities, Avalanche (AVAX) has a developed ecosystem. It involves many services, including the services for NFT games and DeFi-oriented products. Users of the platform already include such giants as Game Swap, Pangolin, and others.

In simple terms, the exchange Avalanche is a tool for creating your own blockchain platforms. It erases the current limitations of low transaction speeds, scalability, and centralization issues. The developers have taken into account regulatory issues and the requirements of government agencies in different countries and allow the creation of new and more transparent mechanisms.

If we compare the Avalanche project with other similar ones, there are some features we should highlight:

How to exchange AVAX tokens?

Now, about how to swap for AVAX.

If you’re going to make an Avalanche swap, we’d like to draw your attention to one of the best platforms to do this – the Droidex aggregator that offers its users the quickest and safest AVAX exchanges, as well as the best rates among the major decentralized exchanges.

Why choose Droidex? Here are the key benefits that prove the excellence of the platform:

To help you avoid any mistakes and get things right on the first try, we’ve prepared for you a small step-by-step guide on how to make an AVAX token swap – just follow the instructions, and your transaction will be definitely completed successfully.

1.First of all, you need to visit Droidex’s official website – droidex.io, and press the button “Start Swap”.

2. Once you’ve done it, select Avalanche blockchain if you want to swap AVAX.

3. After that, choose tokens – for example, AVAX and USDT.

4. Enter the number of tokens and click “Connect Wallet”.

5. After you’ve connected the wallet, choose, for instance, Metamask.

In case you want to buy AVAX for fiat, try out Fiatom fiat-to-crypto aggregator that will help you find the best offer on the market completely free of charge.

Thanks to our guide, you can see that the process of Avalanche crypto swap is pretty straightforward, and AVAX token exchange itself is considered one of the rapidly developing and secure platforms across the major decentralized exchanges. Just keep in mind one crucial thing: if you have any problems with the AVAX swap exchange, you can always turn to this article and brush up on your knowledge – the answers to all of your questions can be found right here. Thank you for reading, and exchange your tokens profitably!